Starting around August of 2020, we saw for the first time Bitcoin being added to a public companies balance sheet.

Microstrategy, a business-intelligence software company, was the first publicly traded company to announce their purchase of Bitcoin, spending about $2.186 billion to acquire 90,859 bitcoin which is now worth over $5 billion.

Shortly after, Tesla and Square decided to add bitcoin to their balance sheet as part of their treasury management policy.

The first and largest announcement that championed the Bitcoin Treasury saga is founder and CEO of Microstrategy, Michael Saylor.

In March of 2020, Michael began looking to put his company's cash surplus of half a billion dollars of reserve funds to use. After a few months of research brought on by a profound unease about central banks propping up economies with cheap money, he began to convert hundreds of millions of dollars into bitcoin.

Microstrategy now holds a total 91,579 BTC, worth over $5 billion and Michael Saylor continues to purchase bitcoin on behalf of his company on a recurring basis. 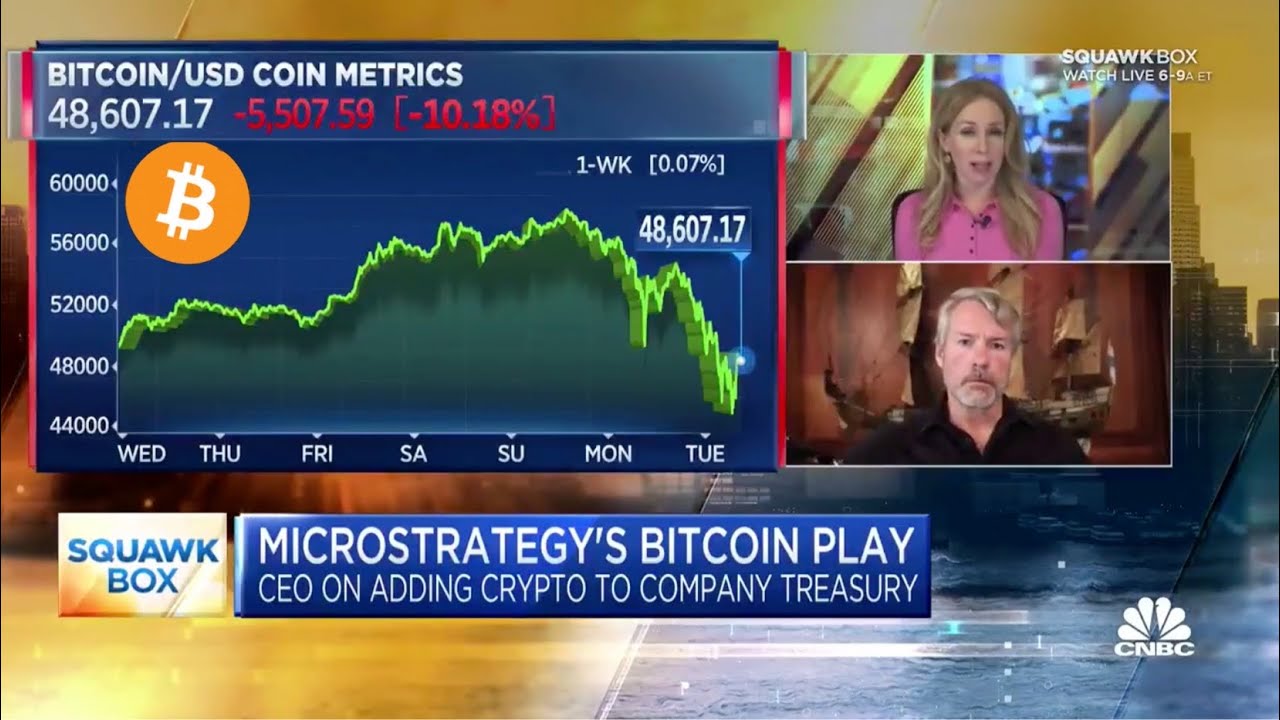 MicroStrategy’s Michael Saylor explains his bet on Bitcoin on CNBC

The Grayscale Bitcoin Trust (GBTC) is the world’s largest Bitcoin fund and digital asset manager. The fund tracks the price of Bitcoin, but only roughly. This means investors are able to gain exposure to by holding shares in trusts which are holding large pools of Bitcoin without the need to acquire and custody the bitcoin themselves.

This enables a far larger number of investors to participate in investing in bitcoin without having to worry about how to store it, complying with the law, or filing separate taxes.

The fund holds 654,885 BTC amounting to $35.6 billion worth of Bitcoin under management, a whopping 3% of total bitcoin supply.